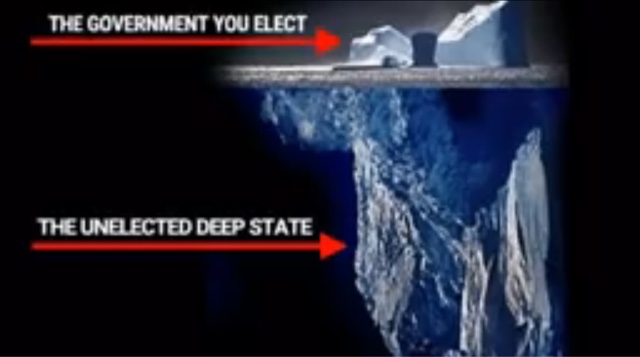 An Honest Conversation with Pro & Anti-Trump Supporters on Impeachment Day

Jun 14 Fire engulfs Grenfell tower block in west London
Jun 14 Massive fire engulfs apartment block in West London
The massive tower fire in London today [June 14]
signifies an ominous birthday candle for Donald Trump (birthday June 14).
The symbolism is actually quite serious as it interacts with the massive tower fire on New Year's Eve/Day 2016 in Dubai which I already interpreted as alluding to Trump and the fate of his presidential ambition - i.e. destruction.

Today's tower fire on his birthday amidst intensifying Trump/Russia investigations goes perfectly with the interpretation and with the view I've been expressing since last summer that this Russia thing is a very serious "Deep Impact" situation and may well lead to the destruction of the Trump presidency.

When there is this much smoke, there has to be fire. And we will see it soon enough.

Around June 8th was an intriguing window we were watching closely linked to our "New Year's Prophecy" series. On ~June 8th the Sun's declination matched the latitude of Rio, the Brazilian city that hosted the Olympics last summer...

The previous two times the alignment took place we saw terror attacks in Istanbul, Turkey (discussed in the series):

Jun 08, 2017 Comey: White House Lied 'Plain and Simple' About Firing
Jun 08 Comey on why he wrote Trump memos:
"I was honestly concerned that he might lie"
Jun 08 James Comey has called Donald Trump a liar 5 times today

Jun 8/9 UK Election: Political turmoil awaits after shock results
Jun 8/9 PM May's Conservative Party loses majority
Jun 09 Theresa May's Political Future In Danger After Election
Comey's testimony -
so anticipated it was called "Washington's Super Bowl" - was particularly meaningful and telling as it fit the underlying multicontextual pattern perfectly. The open hearing was part of the expanding and intensifying Trump/Russia investigation, which is what Rio had come to resonate heavily with via a "Deep Impact" geo-alignment shown below. Last summer we used it to quickly identify the Russian cyber warfare against the US as a geopolitical deep impact situation which has now proven correct.

In this way Comey's Trump/Russia testimony represented another major confirmation for the nature of "Russiagate" being a "Deep Impact" situation unfolding before our eyes. The shock waves will keep coming and it will eventually bring down major figures including quite possibly Trump himself. And who knows what will happen with Russia which has been the biggest winner in all this.

I'm not going to get into this too much at this time but let me quickly note that the Rio Olympics concluded on August 21st last year, exactly one year before the upcoming Great American Total Solar Eclipse.
Talk about a great omen for America. And I'll leave it at that for now. Stay tuned...

Operation London Bridge is the codename for the plan for what will happen in the days after the death of Queen Elizabeth II.

The plan was originally devised in the 1960s and is updated several times each year.

It involves planning from government departments, the Metropolitan Police Service, the British Armed Forces, the Church of England, media and Royal Parks of London.

Some key decisions relating to the plan were made by the Queen herself, although some can only be made by her successor after her death.

The phrase "London Bridge is down" will announce the death of the Queen to the Prime Minister of the United Kingdom and key personnel, setting the plan into motion.

Can we interpret today's London Bridge terror event as a signal for an imminent death of Queen Elizabeth II (sometime in 2017)?
I tend to think so given that the exit of the Queen was already a key theme for this year.

As soon as it started we knew, because of the timing...

News links:
May 09 Trump fires FBI director James Comey
May 15 Trump shared classified info to Russians
(May 15 Trump's intelligence slip-up may be the straw that
breaks the camel's back)
May 16 Comey wrote in memo Trump asked to end Flynn investigation
(May 16 Comey memo is existential threat to Trump's presidency)
May 17 Robert Mueller appointed as special counsel in Russia probe
(May 17 Conservatives begin to whisper: President Pence)

I'll just copy below my STRUG/hidden post from May 8th which provides some details on the May windows...
***

Related recent STRUG posts:
Apr 18 Lucifer Whisper: June 7/8 signals & May 15
Apr 20 Virtual Monolith & coming New World
Apr 21 Grand finale of time
Apr 22 Airy fractals of VT/May 15 phi timeline
Apr 27 The Mayan Matrix
Apr 30 Nuclear Wake-up Call from the Matrix
It will be ~9 days later on May 24th that we'll have another, potentially even more intense window involving not one but two mega Birthquakes (huge earthquake + huge tsunami). We are talking two modern "Great Flood" events in the form of Sumatra (2004) and Japan/Fukushima (2011). On May 24, 2017, it will be temporally equidistant from these two events:

To see the relevance of the equidistant time structure here, we can take a look at the other equidistant point inside the two Birthquakes, February 2, 2008.

Guess what happened almost precisely that day? A series of deadly earthquakes in the Rwanda-Congo region of Africa (at least 39 dead).

Feb 03, 2008 Death toll in Rwanda, Congo quakes rises
Feb 03 Africa's Great Lakes region hit by deadly quakes
This tells us the equidistant timeline anchored by the two mega Birthquakes is an active one and is likely to produce an echo on/around May 24, 2017.

The combination of the two mega Birthquakes has also already produced another impact event via the Golden Ratio, pinpointing January 9, 2015 like this:

It precisely coincided with the "3 Days of Terror" in Paris, France:

May 22 Manchester attack: 22 dead and 59 hurt in suicide bombing
May 23 22 dead after blast at Ariana Grande concert
...echoing the January 2015 Paris terror event which I had pointed out was relevant to this window.

"Deep Impact"
was a major message encoded in the event via Ariana Grande's music video "One Last Time" released back on February 15, 2016
or the 2nd anniversary of the Russian (Chelyabinsk) meteor impact event (2/15/2013).

Feb 11, 2013 Pope Benedict XVI to resign this month
Feb 11 Pope Benedict to resign on February 28
Feb 15 Russia Meteor Blast is Biggest in 100 Years
Feb 28 Benedict XVI leaves Vatican on final day as Pope
The simultaneous Pope resignation event there was echoed by Trump's meeting with Pope Francis in the Vatican which just happened on May 24th.

May 24, 2017 Trump meets Pope Francis at the Vatican
There is actually another major piece of the puzzle here we can't discuss yet which will dramatically increase the overall coherence and foreshadowing effects.
There are still big things coming in 2017...


(Hit the link below to join STRUG!) 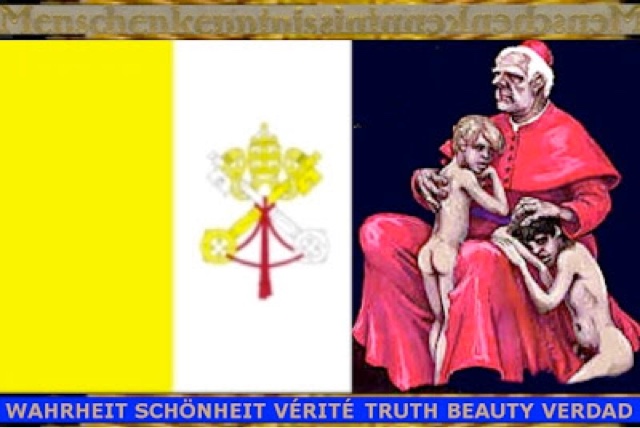 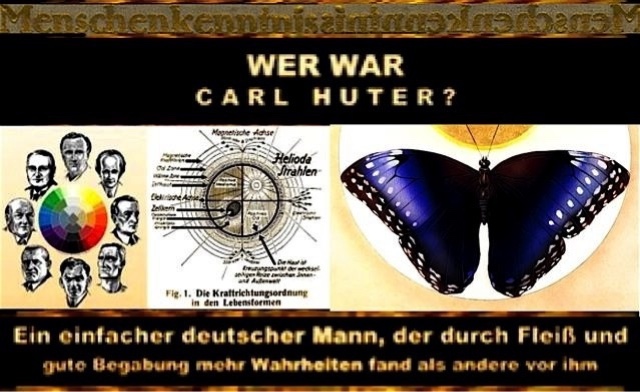 Quelle: The Vatican Owns Your Soul – and the Zionist Jews Own the Vatican – Media Whores 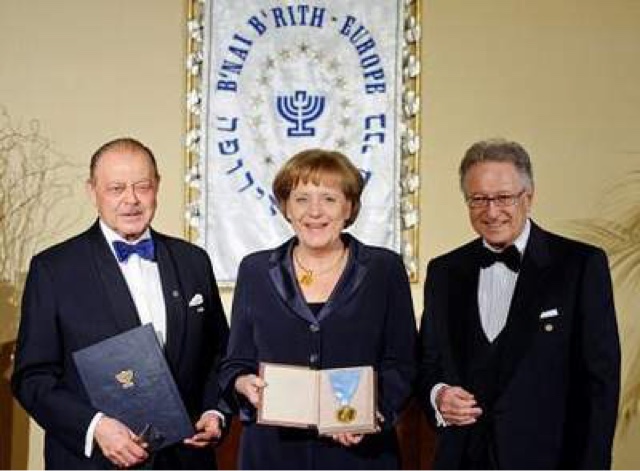 The Black Pope runs the Vatican

he is the representative of the Synagogue of Satan – 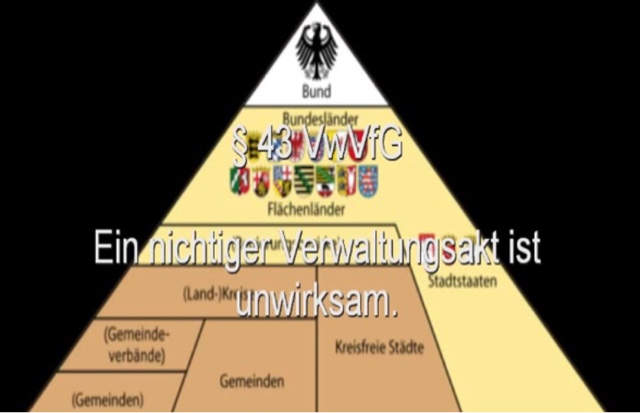 Just like the judges in their black robes in the court rooms - which are in fact Talmudic synagogues practicing Talmudic pedophilia, theft and robbery.

Every time you ‘sign’ your name you are in fact ‘sinning’ before G / ‘God’ in their system – as you do not own that name.

It was stolen form you at birth and is the registered property of the Crown Incorporated – the Crown being Cronus / Satan. 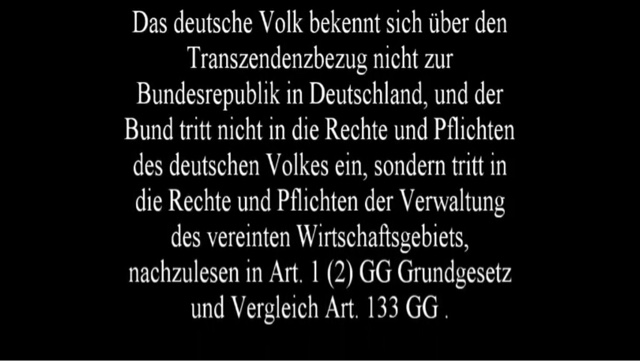 We are all slaves on Maggie’s Farm

you and your children. 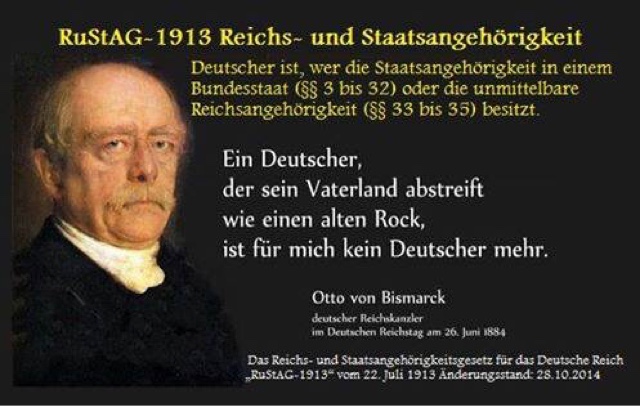 As the old system of Satanic judges and law has been exposed, the 666 club have fled back to the Middle East

where they are setting up their New World empire –

with their 666 swastika proudly displayed on their flag,

your name (and soul) stored away on their massive computer databases fed by the 5 Eyes, and the NSA,

thanks to the fake / staged war on terror. 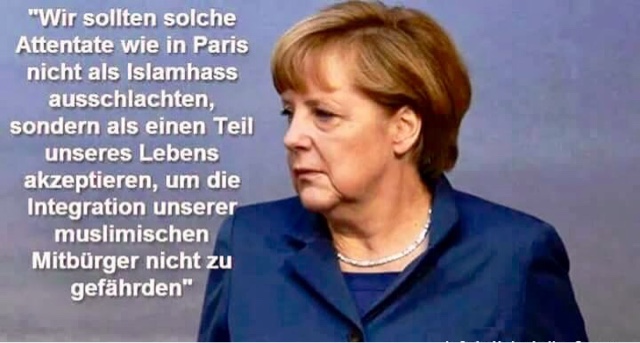 In the previous system run by these demented freaks, you could not trade without your birth certificate and registered name.

In their new system of slavery, you will not be able to buy and sell online without a registered iPhone in your right hand and an online bank account.

Same mafia running the show – new technology – new base for their Satanic empire. 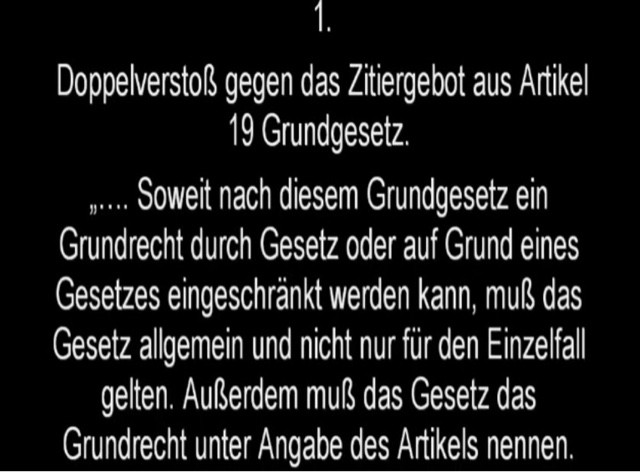 The people you see who seem to thrive in this system of slavery, including almost everyone you see on your TV and in the media, right down to the landlords who are perving  on you via the new smart TV’s and smoke alarms systems,

can be broadly catagorised into three groups

3) MK Ultra sex slaves who were abused as children.

Talmudic / Satanic child abuse is the true currency that binds them all in secrecy. 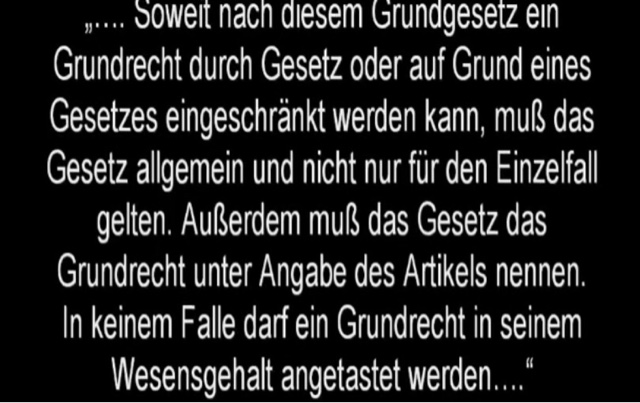 “It also forced all people, great and small, rich and poor, free and slave, to receive a mark on their right hands or on their foreheads, 17 so that they could not buy or sell unless they had the mark, which is the name of the beast or the number of its name. 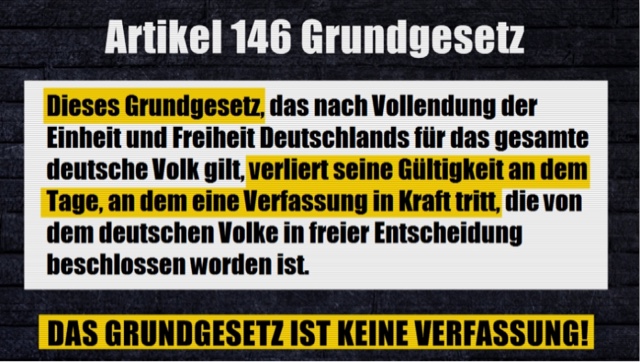 18 This calls for wisdom. 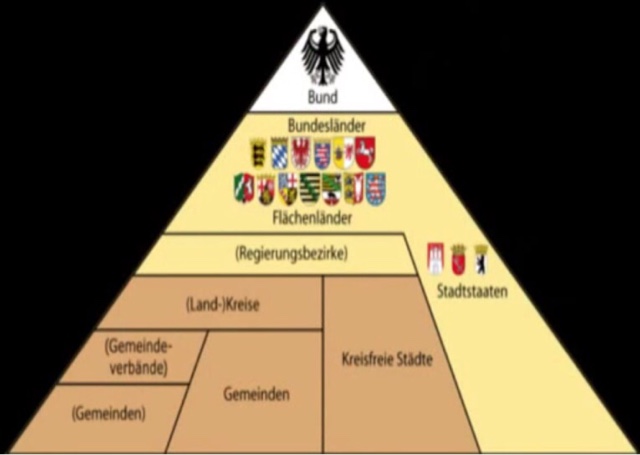 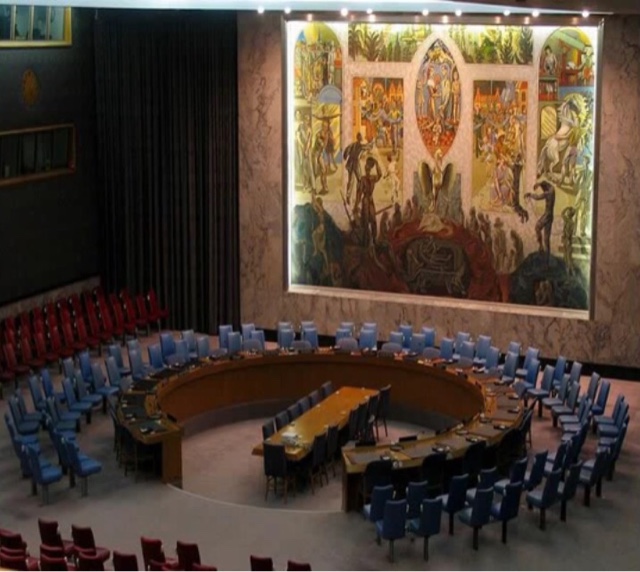 That beast is you. 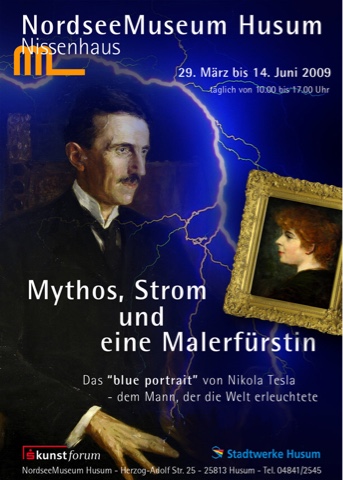 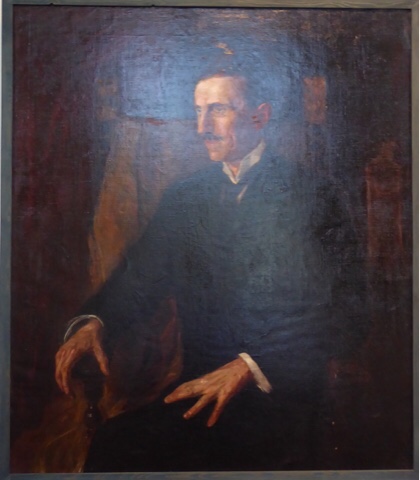 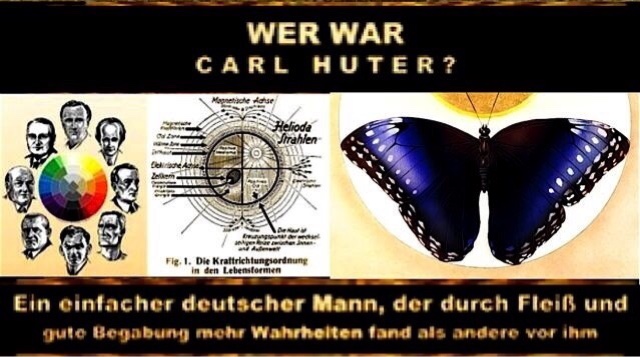 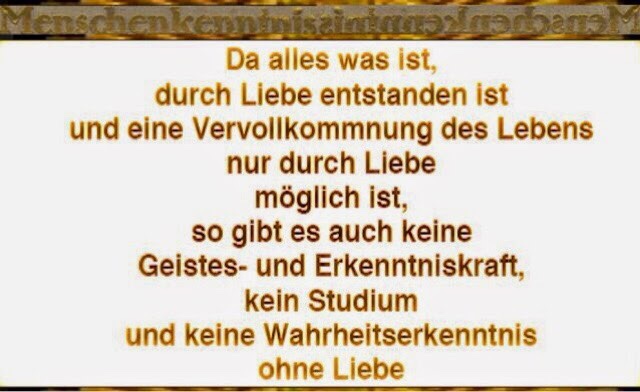 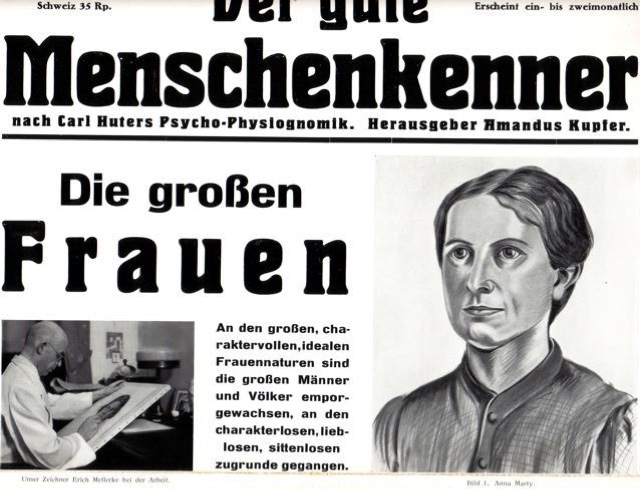 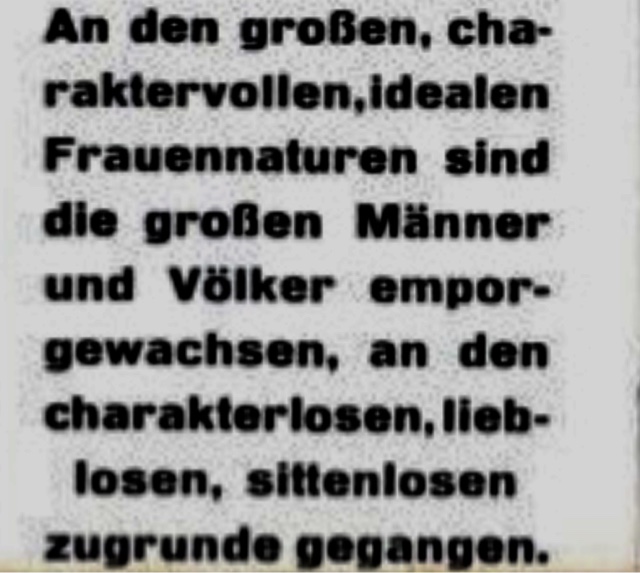 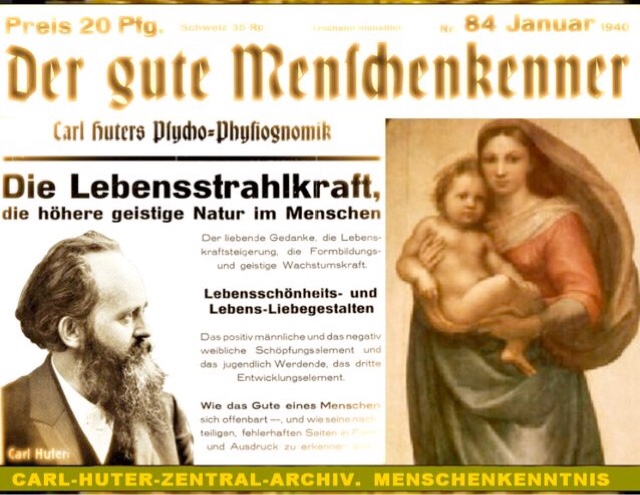 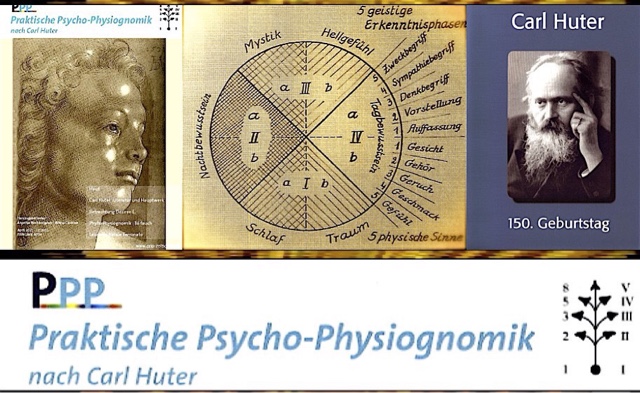