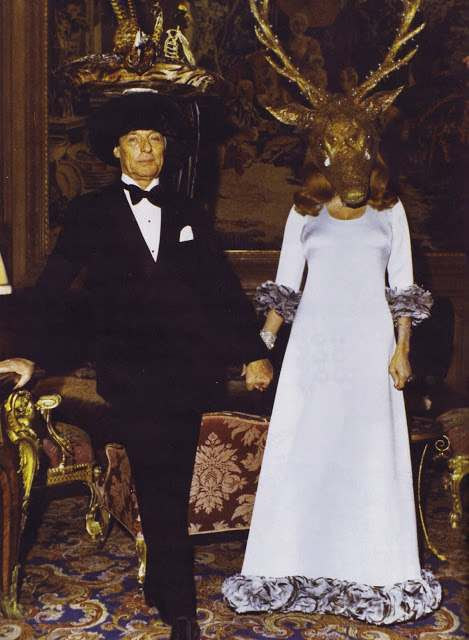 “This time the guests were asked to come in black tie and long dresses with Surrealist heads.

The invitation was printed with reversed writing on a blue and cloudy sky, inspired by a painting by Magritte.

To decipher the card, it had to be held to a mirror.” 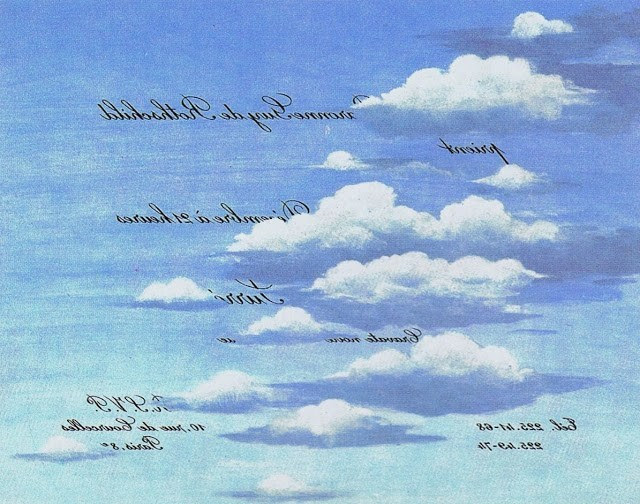 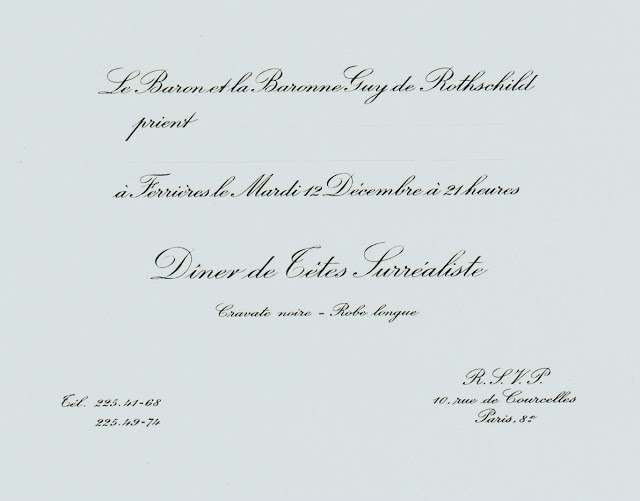 proved that she had the flare and imagination to create something unique and worthwhile.

None of this was created by charm alone. It needed a degree of ruthless determination.

She attended to every minute detail of style in her life and also in her entertaining. She was a great hostess with all the qualities.

She loved parties and people. She was forever in quest of new talent and new figures to entertain from the world of the arts, literature, dance and haute couture.

She mixed them with the more established set of Paris society. everyone was intrigued. 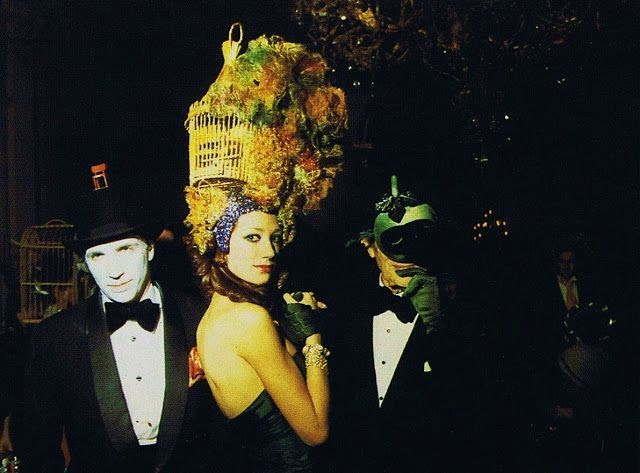 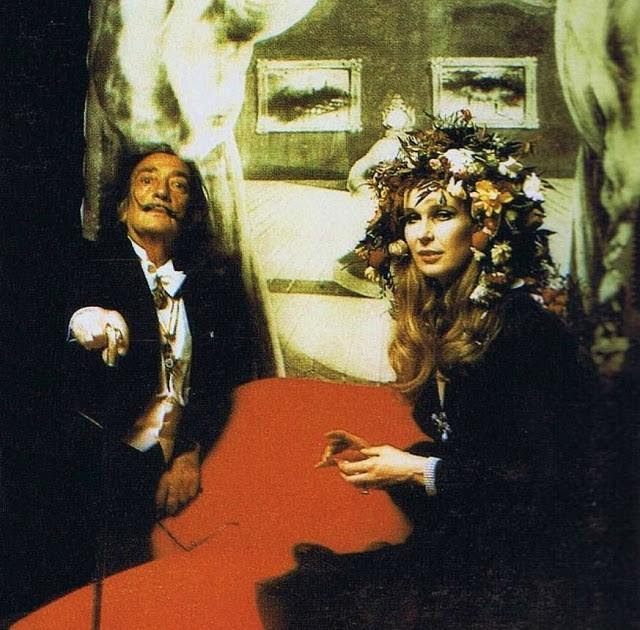 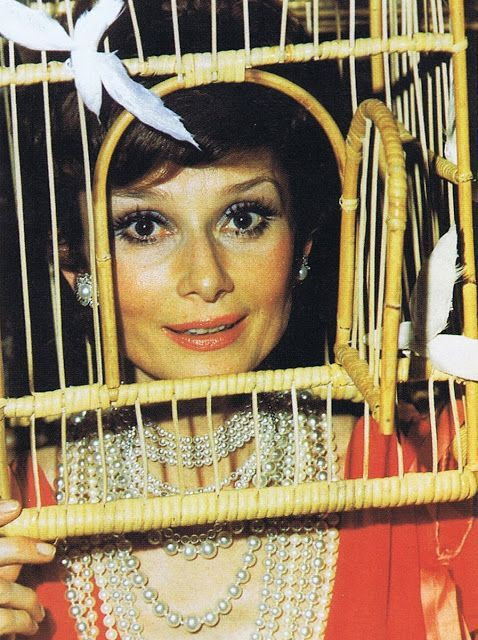 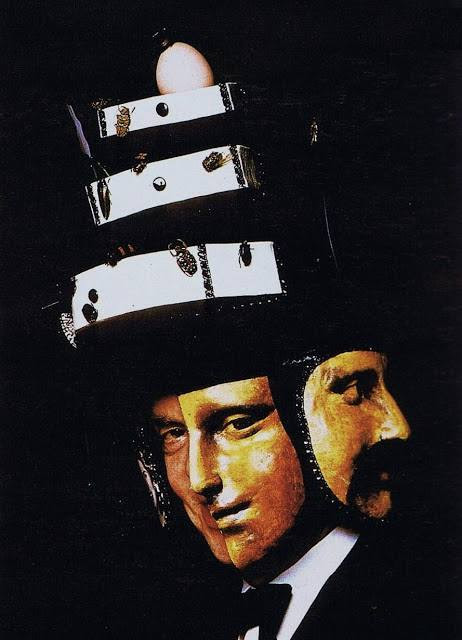 “It is not possible to repeat such things now for many reasons.

But it is fascinating to look back and to remember these occasions, which dominated our thoughts and plans to such an extent for so many months. 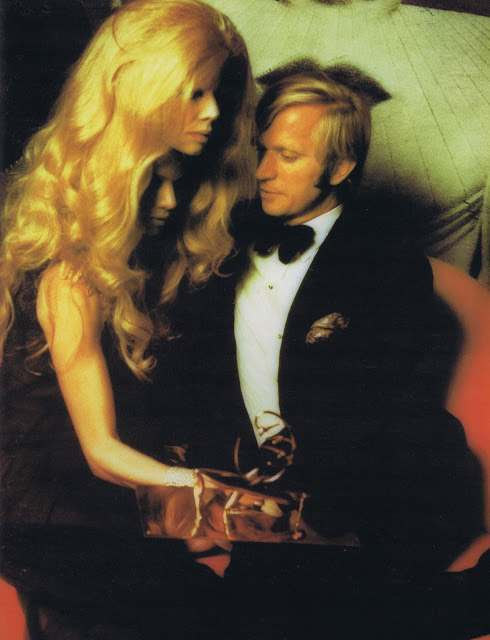 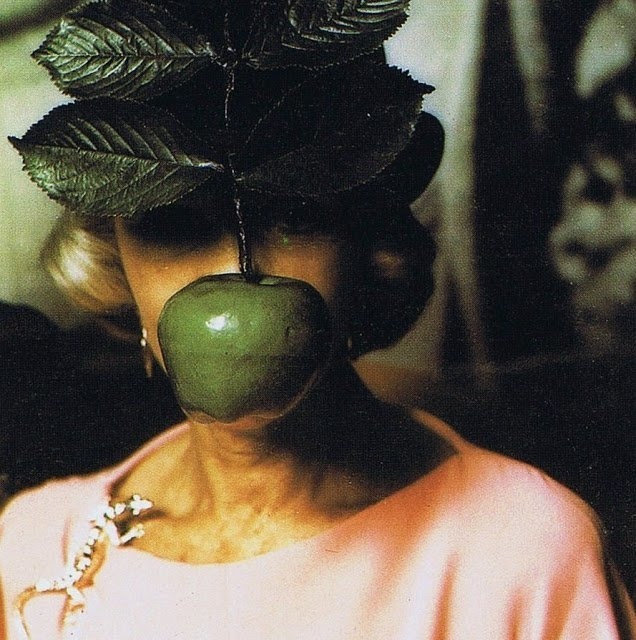 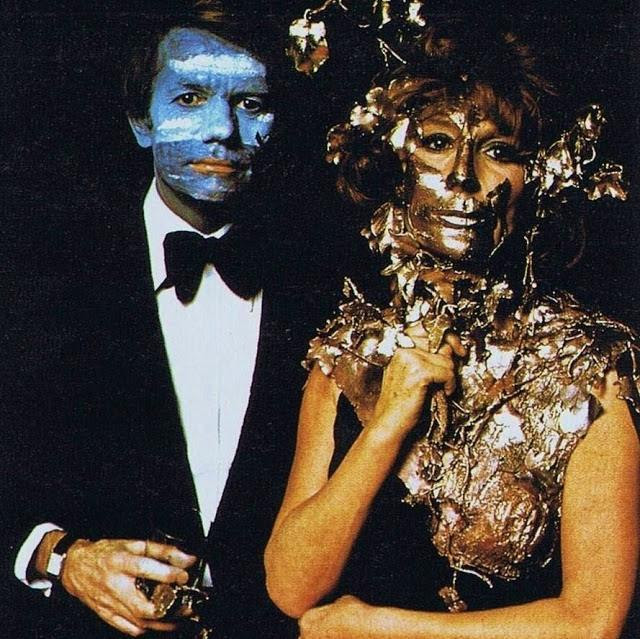 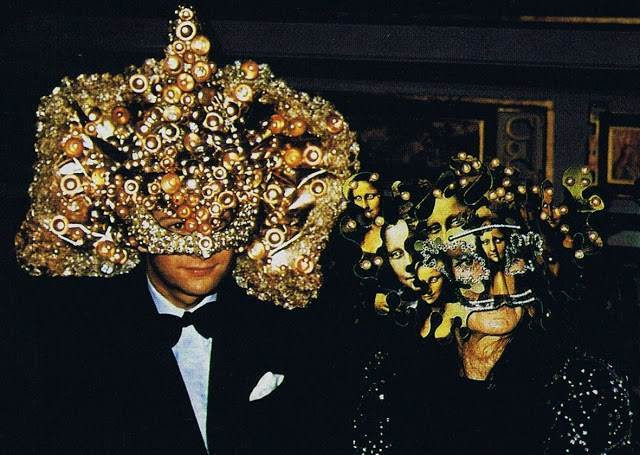 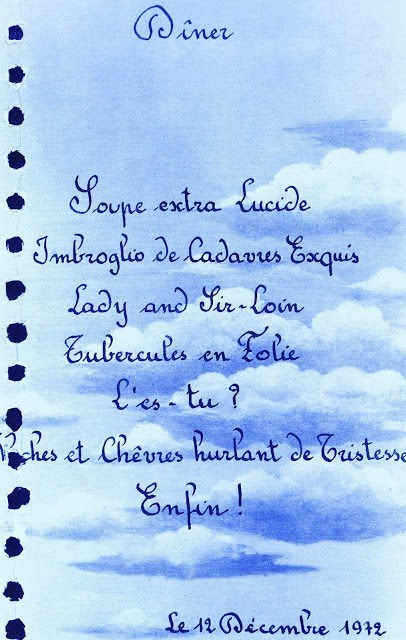 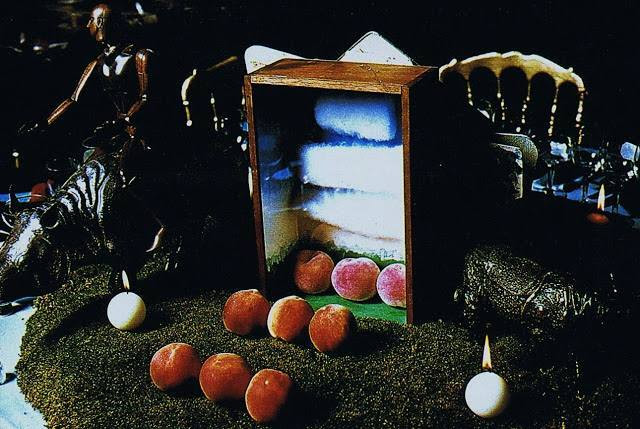 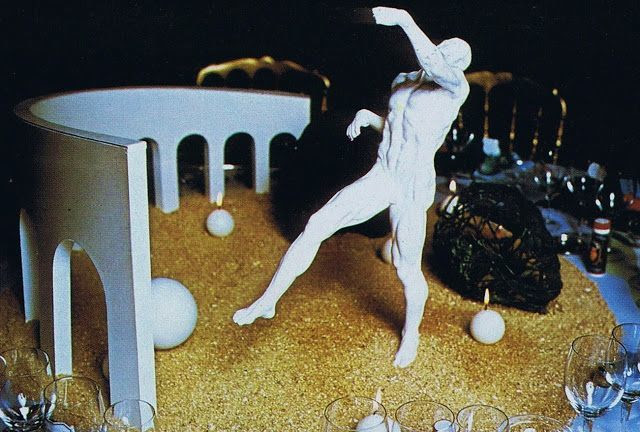 Table of the metaphysical perspectives 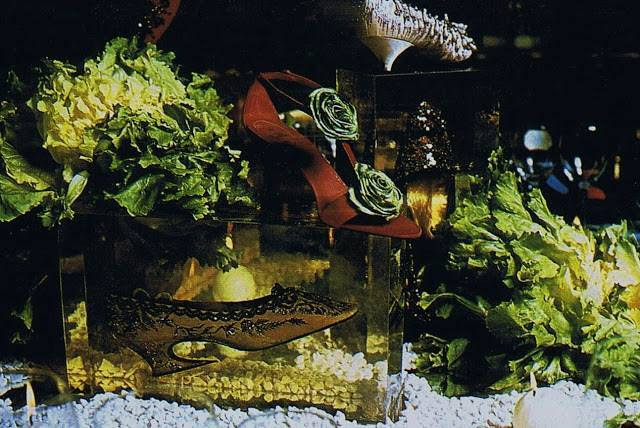 Table of the insane shoes 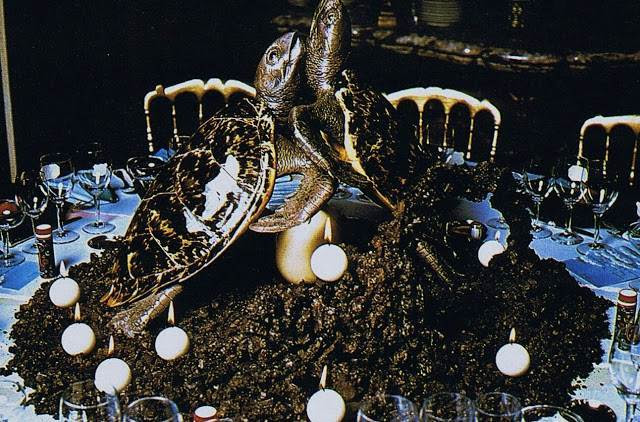 Table of the tenderized turtles 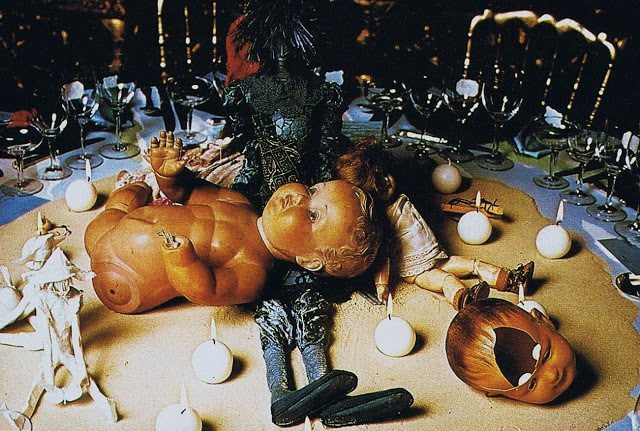 Table of the swaying dolls 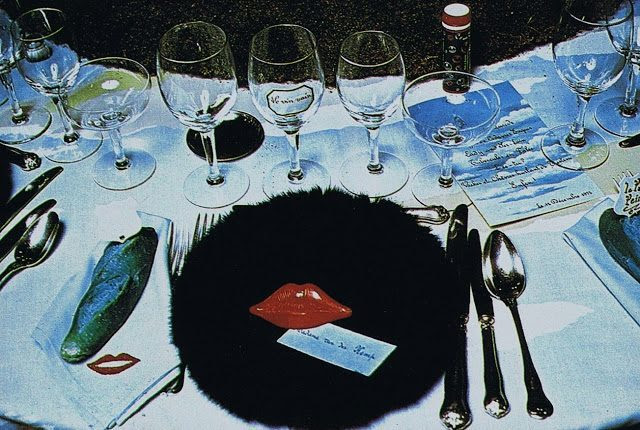 1972 Surrealiste Ball Detail of a table with a fur dish, Mae West red lips and a blue bread 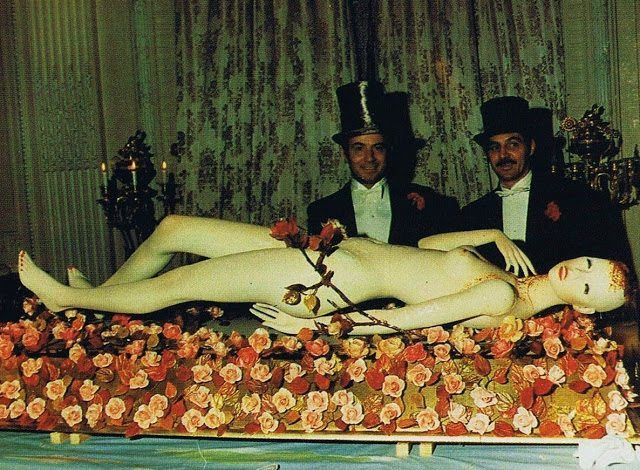 A sugar made woman laying in a bed of roses desert 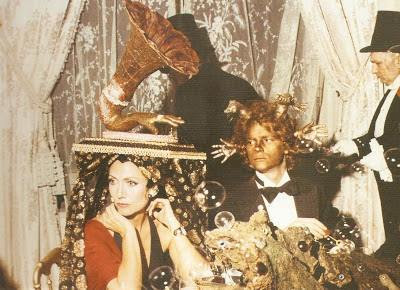 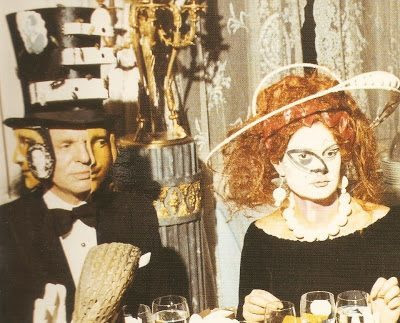 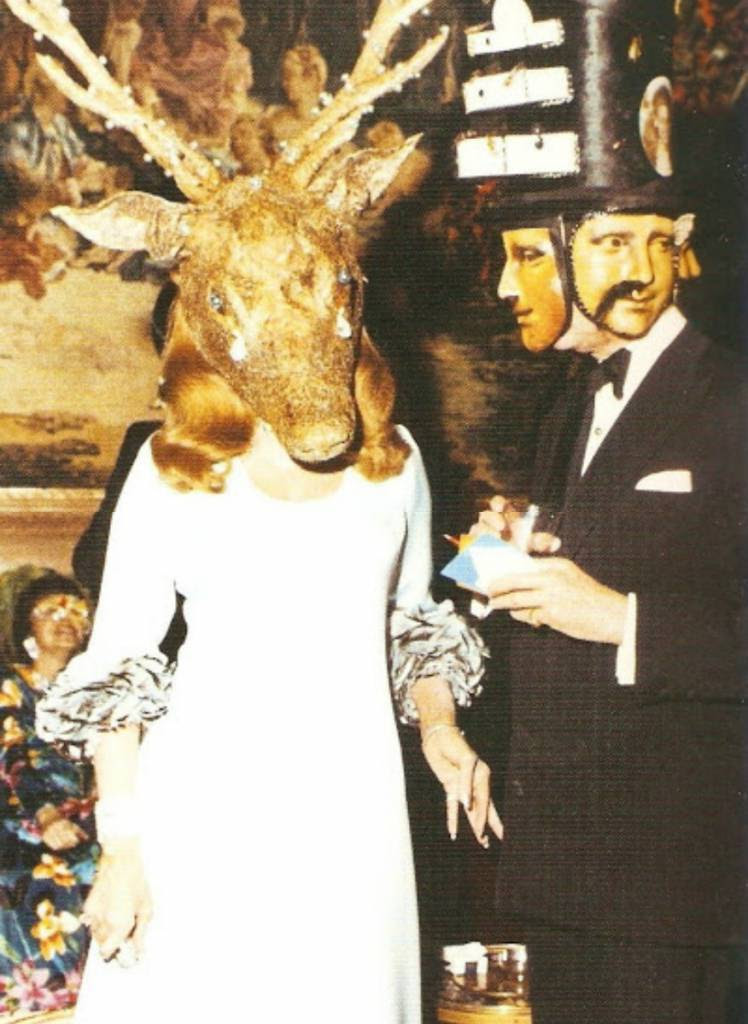