Western implosion to continue as G20 ends in stalemate 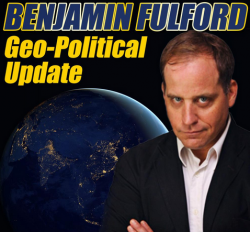 March 1, 2016
A stand-off at a the G20 finance minister’s meeting in China last week
is reflected in public calls by China to replace the US dollar
and
threats by the US military to start a nuclear war.
The US military also say they stand ready to enforce any decisions by the international court of justice at The Hague over territorial disputes in the South China sea.
http://abcnews.go.com/Business/story?id=7168919&page=1
http://www.zerohedge.com/news/2016-02-26/caught-tape-us-test-fires-nuclear-icbm-warns-we-are-prepared-use-nuclear-weapons
In other words,
there is some serious horse-trading and table pounding going on at the highest levels of global finance.
Since the Khazarian bankers refused to accept Chinese proposals to reform the international financial architecture, last week they formally launched the BRICS development bank to complement the already up and operating Asian Infrastructure Investment Bank.
In other words they are saying “if you do not let us into your club, we will just go ahead and start our own club without you.”
The fact is the BRICS know that time is on their side because the Western countries no longer have the industrial or resource base needed to support their world domination.
In other words,
there is not enough reality to support their money illusion any more.
That is why the Khazarian mafia controlled Western economic and financial systems are slowly imploding.
This can be seen with the fall in stock markets, commodity prices etc. and the desperate move to negative interest rates.
The Khazarian bankers
have also, under the surface,
already been forced to test and use the BRICS controlled CIPS international settlements system
that is set to replace the Khazarian controlled SWIFT system.
This has created a very dangerous situation because Pentagon officials have made it clear that if they are faced with a choice between a Soviet Union style collapse or war, they will choose war.
That is why we are seeing US nuclear missile tests and aggressive talk.
There is also a very tense situation unfolding now in Indonesia and in the South China Sea,
which could erupt into war
and regime change in Indonesia.
Indonesian President Joko Widodo, according to WDS sources there, is being offered huge bribes by the owners of the Freeport McMoRan gold mine to allow them to keep control of their mine and secret military base there.
However,
Widodo has also accepted a $35 billion infrastructure offer from the Chinese, who want the base shut down.
The White Dragon Society
is offering to solve this situation by setting up a future planning agency to oversee a transition of the Western military industrial complex into something more benevolent.
Asian allies
last week offered to support the WDS by making available large quantities of gold, ready for pick up in Hong Kong, at a 10% discount to market prices.
The condition for this is that some of the 10% goes to help set up the planning agency.
To show its sincerity, the WDS can reveal there is a stash of 4000 tons of gold that can be seen at 0 degrees 00′03.69″N, 109 degrees 19′19.85″ E. on Google earth.
It is marked by a big white line.
There has also been a lot of cloak and dagger stuff going on with
the gnostic illuminati,
the Khazarian mafia
and
US military intelligence
all sending agents last week to talk to a WDS representative in Tokyo.
The gnostic illuminati agent “Alexander Romanov,”
recently emerged from yet another bout of forcible confinement in a mental hospital, said there was a hydrogen bomb in...
READ MORE
Weekly geo-political news and analysis
Message from Benjamin Fulford
As Gandhi once said “Be the change you wish to see in the world”.
Love yourself: because you are worth it!
https://medium.com/
JUBILÄUM 25 JAHRE DIPLOM IN PSYCHOLOGIE AN UNI HEIDELBERG, 4. DEZEMBER 1990 - WOLFGANG TIMM, HUSUM; 4. DEZEMBER = TODESTAG VON CARL HUTER, BEGRÜNDER DER ORIGINAL-MENSCHENKENNTNIS, NICHTAKADEMISCH.