“World War III will be a guerrilla information war with no division between military and civilian participation.”  Marshall McLuhan (1911-1980), Canadian thinker

WATCH ON YOU TUBE

VANCOUVER, BC – In an exclusive EcologyNews.com interview with Alfred Lambremont Webre, radiation and directed energy expert Leuren Moret, MA, PhD ABT, revealed that Malaysia Airlines flight MH370 of March 8, 2014 was, by the evidence, shot down by a newly unveiled U.S. Navy Laser Weapons System (LaWS).

According to Leuren Moret, the location of the downed Malaysia Flight 370 as first confirmed by an admiral of the Vietnamese armed forces was correct, while the U.S. and Malaysian media have published a continual stream of disinformation as a diversion to cover-up this military false flag operation by the U.S. Navy. 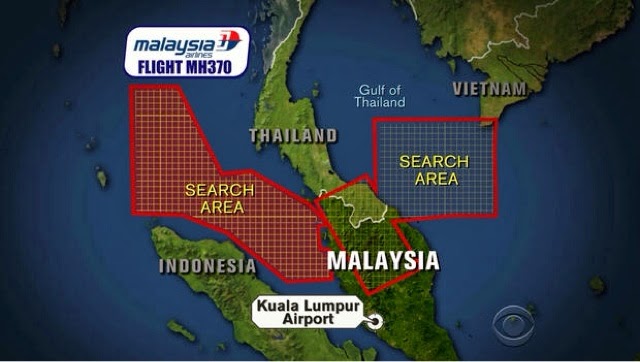 Motives for the false flag operation – Why?

In the course of her interview, Leuren Moret elaborated on the apparent motives for this false flag operation by the U.S. Navy, including:

1. Response to Putin & demonstration of LaWS Weapons system - Leuren Moret details why the March 8, 2014 U.S. Navy LaWS directed energy system attack was in response to an earlier public test of the Topol missile system by Vladimir Putin’s Russian armed forces, as part of a strategic dynamic unleashed by the confrontations around Crimea and the Ukraine.

On March 6, 2014, two days before the attack on Flight 370, the U.S. Navy released a promotional video and major news release around its directed energy weapons LaWS system.

WATCH ON YOU TUBE

A wide corporate and political network of top decision-makers in Malaysia, including the President of Malaysia Airlines and the Prime Minister of Malaysia, funded the Kuala Lumpur War Crimes Tribunal.

3. Rothschild patent scam - According to Leuren Moret, there may have been other levels of motive connected to twenty employees of Freescale Semiconductor on Flight 370, headed for a conference in Beijing.

Four days after flight MH370 goes missing, a patent is approved. 4 of the 5 Patent holders are Chinese employees of Freescale Semiconductor of Austin TX. The fifth is the company itself. Each patent is divided into 20% increments to the 5 holders -
Peidong Wang, Suzhou, China, (20%)
Zhijun Chen, Suzhou, China, (20%)
Zhihong Cheng, Suzhou, China, (20%)
Li Ying, Suzhou, China, (20%)
Freescale Semiconductor (20%)
If a patent holder dies, the remaining holders equally share the dividends of the deceased so long as it's not disputed in a will. If 4 of the 5 Patent holders die, then the remaining Patent holder gets 100% of the wealth of the patent. That remaining Patent holder is Freescale Semiconductor. Who owns Freescale Semiconductor? Answer - Jacob Rothschild! He owns it through Blackstone who themselves own Freescale. Here's your motive for the missing Beijing plane - all 4 Chinese Patent members were passengers on the missing plane.
Patent holders can alter the proceeds legally by passing wealth to their heirs. However, they can only do that when the Patent is approved. (For me this is just another daft rule. It simply enables evil-minded scum the opportunity to commit skulduggery). So when the plane went missing, the patent had not been approved. As soon as the plane went missing, in other words 'operation successful' the Patent is approved & thank you very much! Mr. Rothschild once again gets the lot - 100% Patent holder, that is once the other 4 Patent holders are declared deceased. What a lovely world we live in! Blatant as you like!
================
"Freescale Semiconductor Employees Confirmed Passengers on Malaysia Airlines Flight MH370: Austin, Texas (Business Wire) Mar. 8, 2014: Freescale Semiconductor has confirmed that 20 of its employees were confirmed passengers on Malaysia Airlines Flight MH370 en route from Kuala Lumpur to Beijing. Twelve are from Malaysia and eight are from China. The entire Freescale Semiconductor community is deeply saddened by this news. The company is continuing to monitor the situation and will provide more information as it becomes available."
Profile
Gregg A. Lowe, 51, is a member of the Board and our President and Chief Executive Officer and has served in these roles since June 2012. Mr. Lowe joined Freescale from Texas Instruments, Inc. (Texas Instruments), a global semiconductor design and manufacturing company, where he managed the Analog business unit from 2006 to June 2012. Mr. Lowe began his career with Texas Instruments in 1984 and held a variety of management positions with increasing responsibility in Texas Instruments' sales and business units. He currently serves on the Board of Directors of the Semiconductor Industry Association. Mr. Lowe earned a Bachelor of Science degree in electrical engineering in 1984 from Rose-Hulman Institute of Technology in Terre Haute, Indiana. He later received the university's Career Achievement Award to recognize his accomplishments in the community and within the semiconductor industry. He graduated from the Stanford Executive Program at Stanford University.
Freescale Semiconductor Ltd
Compensation for 2012
Salary $553,846
Bonus $1,000,000
Restricted stock awards $3,388,057
All other compensation $8,659,186
Option awards $7,143,998
Total Compensation $20,745,087
Options Exercised for 2012
Number of securities underlying options unexercisable 380,098
Shares acquired on exercise 70,000
Stock Ownership for 2014
Number of shares owned 452,649
Texas Instruments, Inc.
Stock Ownership for 2012
Number of shares owned 5,381