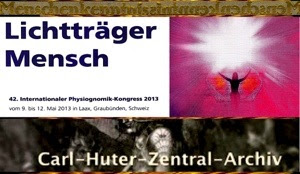 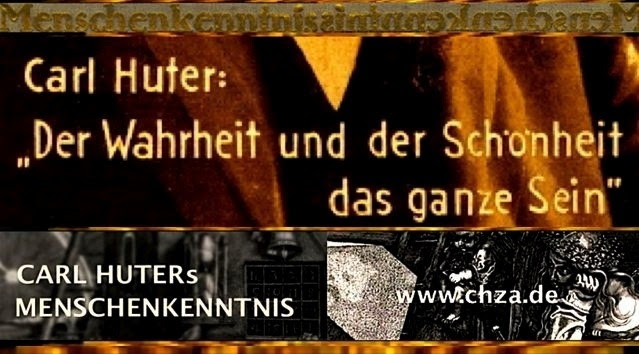 It may be just a coincidence but it may also be a sign that something big is about to happen. There will be a new Pope, a new Bank of Japan governor and a new Israeli government taking office on March 19th, a date of occult significance for Asian secret societies (and also, by sheer coincidence, this writer’s birthday). 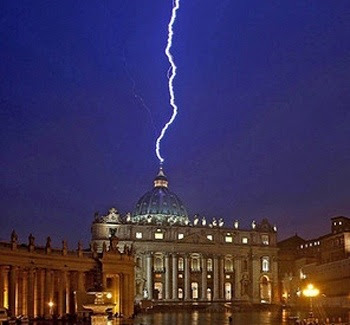 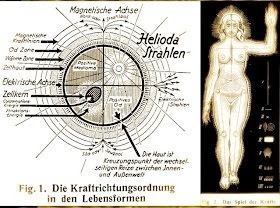 POPE FRANCIS has already made it clear the soon to be reformed VATICAN BANK will now be spending its money helping the poorest and weakest people on the planet.

Haruhiko Kuroda, the new BOJ governor, also supports plans to use Japan’s overseas assets, the world’s largest, to finance a major campaign to end poverty and stop environmental destruction. The new Israeli government is bankrupt and cannot finance anything but perhaps they are about to become serious about peace for the first time since that troubled country came into being.


There are also many reports of bad guys dropping off the radar screen recently.

YOU ARE THE BATTLEFIELD!

There's no looking for crowd validation.

There's no waiting for outside redemption.

There's no collective bargaining to rely on.

The awakening is you. ONLY YOU.

That's what all this ruckus is about.

The battle for your spirit and soul.

And that's the boat each of us is in.

There is nothing more important in this life for you, or me, than waking up.

Once we become conscious and aware that this existing matrix we're witnessing is an arbitrary creation manipulated by power-crazed puppeteers, however you perceive them, that is when the change happens.

And the Universe will tell you what to do from there.
(by Snordelhan) 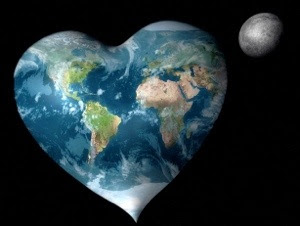 Never doubt that a small group of thoughtful, committed citizens can change the world.
Indeed, it is the only thing that ever has.
MARGARET MEAD
(Anthropologist)

This week the papal conclave starts and two well-connected insiders each have a different version of who will be pope. A senior member of the Italian P2 Freemason Lodge and of the Teutonic Knights says that, in a move to court Asia, the next pope will be Cardinal Louis Antonio Tagle of the Philippines. However, a European based CIA source says it will be a Venetian nobleman by the name of “Anthony Scola [the Cardinal of Milan], count on it.”


While this is going on, North Korea is making public nuclear threats to South Korea while secretly proposing a union between North and South Korea with Northern political leadership and Southern economic control, according to Japanese military intelligence and North Korean yakuza sources.


The Sabbatean Mafiosi, who were pushing for a unified Muslim/Christian one world religion secretly controlled by Satanists are, for their part, still desperately trying to start World War 3 in the Middle East, this time by using a false flag chemical weapons attack in Syria, according to Mossad sources.


There is also a squad of cabalist assassins stationed in Rome now trying to make sure certain large drug money laundering institutions like Bank of America,
Baine Capital, Mellon Bank and some other major Chicago mob (Obama) interests are not bankrupted by reforms to the BIS and the Vatican Bank, according to a P2 Lodge source.

With the criminal persecution of former Prime Minister Berlusconni and the fall of the Bush family and their ally Ted Turner (of CNN), among others, these “Khazarian Mafiosi” are like cornered, dangerous animals, the source adds.

If the reformist faction of the Vatican succeeds in selecting Cardinal Tagle, who is of mixed Castilian, Chinese and Philippino descent, then there could be trouble. Tagle is one of only two candidates for Pope who has not been implicated in sexual scandals, according to a group representing victims of sexual abuse by priests.

Tagle is also backed by the just retired pope, “those that count among the curia,” and the old Genovese banking aristocratic families, according to an Italian aristocrat. He would be certain to reform the Vatican Bank and thus put an end to money laundering at this institution. This would be part of a push to force all of the world’s banks to accept Basel III reforms and would put an end to large scale illegal financial activity by Khazarian mobsters.


Scola, however, represents the “Merchants of Venice” group of old Italian black nobility including the highly secretive Del Banco family (the original banksters), according to MI5 and Japanese underworld sources. Some of the Del Banco family changed their name to Warburg a long time ago and were among the principal founders of the Federal Reserve Board. Recently some members of the Warburg family have been found hanged in apparent “suicides,” according to MI5 sources.


If money laundering is completely stopped at a high level by the BIS and the reformed Vatican bank, then the $2.5 trillion per year, mostly Sabbatean mafia controlled, illegal drug business would be in serious trouble. 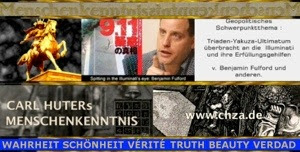 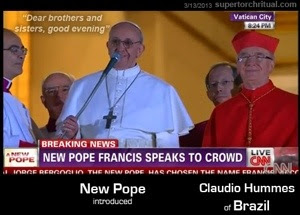 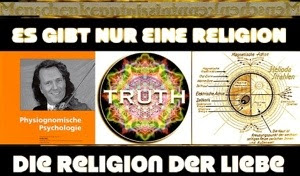 Since these people have a fleet of submarines at their disposal and still have at least three 500 kiloton class stolen nuclear weapons it is conceivable that they would react to the announcement of a truly reformist pope by blowing up Rome.

That would fit with the prophecies of St. Malachi (possible origin of the word “malarkey?”) but would be a major tragedy for humanity as a whole.

On the other hand, selecting an Italian as Pope would anger the vast majority of the world’s Catholics who are anxious for a non-European pope and real reform of that troubled institution.

[THE RISE OF AN ANTI-EURO POLITICAL PARTY IN GERMANY]

THE POLITICAL SITUATION IN EUROPE is also MOVING RAPIDLY AGAINST THE OLD WORLD ORDER a man like Scola would be seen as representing. Turmoil there is intensifying by the day, with the latest being THE RISE OF AN ANTI-EURO POLITICAL PARTY IN GERMANY. 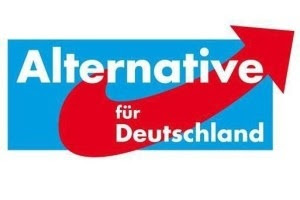 The legal moves by the owners of the historical treasures that have been illegally used to support the Euro are also coming to a head and will make sure the status quo ante cannot be maintained.
The British Commonwealth also put out a signal against the cabal last week when Queen Elizabeth announced “core commonwealth values,” agreed to by 54 nations (population 2.5 billion people) of the commonwealth.

“This is a clear sign that the Commonwealth is not dead,” an MI5 source said. “This could help with a major re-balancing in Asia to reduce cabal and EU interests,” he added.

That is why the Khazarians (Sabbatean Mafia) are so desperate to start a big war to try to avoid their impending doom.

This brings us to the threat of an invasion of Syria by Turkey, Israel, Jordan and the United States in response to a false flag chemical weapons attack as advertised on the Mossad linked website Debka.

However, the Russians have clearly drawn a line in the sand at Syria and the Pentagon has repeatedly rebuffed cabal attempts to start World War 3 in the Middle East. The Jews in the United States are also sick and tired of the criminal activities of the rogue Netanyahu gangster regime in Israel.

Right now, for example, they are using their mercenary war to against Syria to get slave girls. “The girls are being trafficked by the Jordanians to the Saudis, Qataris etc.,” says a Western diplomat just returned from a visit to a refugee camp in Syria.

In Afghanistan too, President Kharzai last week openly accused the US military of collaborating with the Taliban, in a move that was definitely not part of the script he was supposed to read to the assembled corporate slave press.


Everybody who still has an independent working brain and pays attention knows the US military is in Afghanistan waging a fake war with their Taliban allies to support the $500 billion a year Sabbatean mafia run heroin business there.

The situation in Asia, meanwhile, centers on negotiations between China, Japan, ASEAN, South Korea, North Korea and Taiwan to promote greater regional political and economic integration.
As a part of this, North Korea has been using its US supplied nuclear weapons as a bargaining chip to force an end to the artificial division of the Korean peninsula. They are proposing a North-South link based on Northern political control and Southern economic control.

The Chinese are also adamant that the Okinawan archipelago was part of China until Japan seized the islands in 1895. The White Dragon Society is proposing that Okinawa once again become an independent kingdom and that both China and Japan pay for a US military presence there to maintain the neutrality of the Islands. Okinawa could then become Japanese/Chinese free trade zone as it has been historically.

Of course, Japan will have to remove the Sabbatean slave politicians still in power here before such a deal could become possible. That in turn will await developments in the West. The horse trading continues. 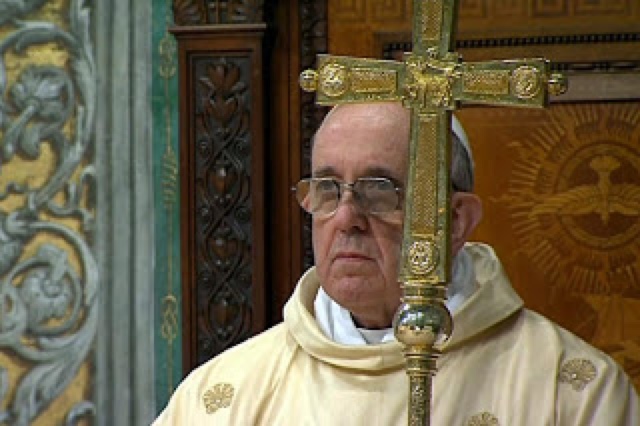