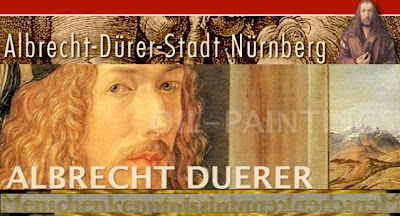 (NaturalNews) That Michael Jackson and Farrah Fawcett both died in the last 48 hours is shocking news to many, but it's not nearly as surprising as the fact that they were both killed by Big Pharma's toxic drugs.

Michael Jackson, we now know, died from an injection of Demerol given by his doctor -- a man who is now the subject of an LAPD manhunt. There is little question that the injection of Demerol -- a potent pharmaceutical -- caused Jackson's death. Chalk it up to yet another tragic loss of a hugely inspiring artist who has become a victim of the pharmaceutical industry and overzealous medical doctors.

Demerol, by the way, is a highly-potent opioid drug that's also highly addictive. And yet it's being prescribed (and injected) by doctors with the full support of the FDA, the pharmaceutical industry and the conventional medical community. It is nothing less than amazing that mild drugs like marijuana remain outlawed while potentially deadly painkiller drugs like Demerol are openly injected into people by doctors.
Farrah Fawcett's death was far less sudden than Jackson's, but no less innocent. She was killed by chemotherapy -- a toxic cocktail of chemicals pushed onto patients by oncologists who deceptively call it "treatment."

Against the advice of many in the natural health community, Fawcett gave in to her doctors and agreed to be poisoned as a treatment for anal cancer. But what she didn't know is that one of the most common side effects of chemotherapy is more cancer! And after subjecting her body to more chemotherapy, it wasn't long before Fawcett was diagnosed with liver cancer. (Chemotherapy causes terrible harm to the liver, heart, kidneys and brain...)
Before long, her suppressed immune system and ongoing poison treatments overcame her body's natural healing ability, and she died (as yet another victim of chemotherapy). Her doctors, of course, claim she "died of cancer." Clever huh?

Cancer doctors operate with that sort of clever deception: If the cancer goes away, they claim the patient was "treated by the medicine," but if the patient dies, they claim "the cancer killed them." It's pretty easy to claim success if you take credit for the wins while fleeing the any responsibility for the losses.
Back to Farrah, while many of her friends and supporters say her battle with cancer was "an inspiration," let me be the first to publicly state that to me, poisoning yourself with toxic chemicals is NOT inspiring, no matter how much suffering you go through. I do not believe that people should be given special recognition for pain and suffering they consciously choose to inflict upon themselves, especially when all that suffering is easily avoidable. It would have been far more "inspiring" for Farrah to choose healing remedies instead of deadly poisons.

Had she chosen natural remedies, she could have skipped all the pain and suffering, restored her immune function, reversed her cancer and gone on to live a much longer and more abundant life. (It would have saved her a small fortune in medical costs, too...)
But she didn't choose natural health (nutrition, vitamin D, immune support, superfoods and medicinal herbs). Instead, she chose poison. As a result, her decision to ravage her body's health through "slash and burn" medicine ultimately cost more than her body could afford to pay.