There are clear signs that a major war is about to break out in Ukraine:

A war actively promoted by the NATO regimes and supported by their allies and clients in Asia (Japan) and the Middle East (Saudi Arabia).  The war over Ukraine will essentially run along the lines of a full-scale military offensive against the southeast Donbas region, targeting the breakaway ethnic Ukraine- Russian Peoples Republic of Donetsk and Lugansk, with the intention of deposing the democratically elected government, disarming the popular militias, killing the guerrilla resistance partisans and their mass base, dismantling the popular representative organizations and engaging in ethnic cleansing of millions of bilingual Ukraino-Russian citizens.  NATO’s forthcoming military seizure of the Donbas region is a continuation and extension of its original violent putsch in Kiev, which overthrew an elected Ukrainian government in February 2014.

The Kiev junta and its newly ‘elected’ client rulers, and its NATO sponsors are intent on a major purge to consolidate the puppet Poroshenko’s dictatorial rule.  The recent NATO-sponsored elections excluded several major political parties that had traditionally supported the country’s large ethnic minority populations, and was boycotted in the Donbas region.  This sham election in Kiev set the tone for NATO’s next move toward converting Ukraine into one gigantic US multi-purpose military base aimed at the Russian heartland and into a neo-colony for German capital, supplying Berlin with grain and raw materials while serving as a captive market for German manufactured goods.

An intensifying war fever is sweeping the West; the consequences of this madness appear graver by the hour. 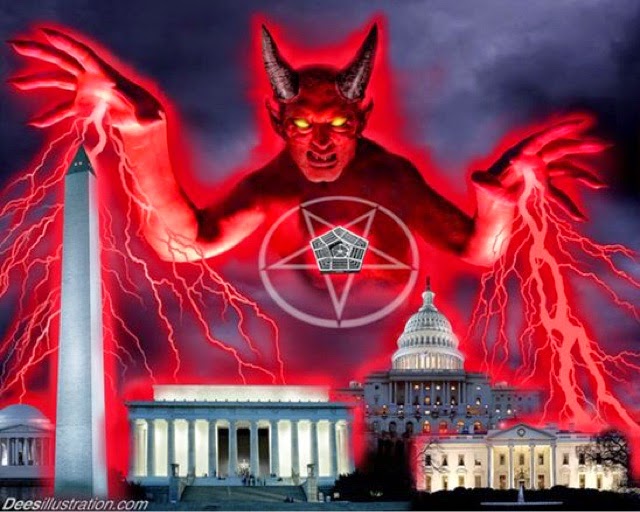 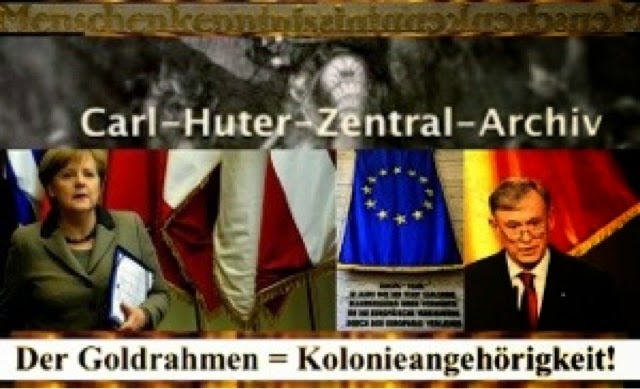 War Signs:  The Propaganda and Sanctions Campaign, the G20 Summit and the Military Build Up

The official drum- beat for a widening conflict in Ukraine, spearheaded by the Kiev junta and its fascist militias, echoes in every Western mass media outlet, every day.  Major mass media propaganda mills and government ‘spokesmen and women’ publish or announce new trumped-up accounts of growing Russian military threats to its neighbors and cross-border invasions into Ukraine.  New Russian incursions are ‘reported’ from the Nordic borders and Baltic states to the Caucuses.  The Swedish regime creates a new level of hysteria over a mysterious “Russian” submarine off the coast of Stockholm, which it never identifies or locates – let alone confirms the ‘sighting’.  Estonia and Latvia claim Russian warplanes violated their air space without confirmation.  Poland expels Russian “spies” without proof or witnesses.  Provocative full-scale joint NATO-client state military exercises are taking place along Russia’s frontiers in the Baltic States, Poland, Romania and Ukraine.

NATO is sending vast arms shipments to the Kiev junta, along with “Special Forces” advisers and counter-insurgency experts in anticipation of a full-scale attack against the rebels in the Donbas.

The Kiev regime has never abided by the Minsk cease fire. According to the UN Human Rights office 13 people on average –mostly civilians –have been killed each day since the September cease fire. In eight weeks, the UN reports that 957 people have killed –overwhelmingly by Kiev’s armed forces.

The Kiev regime, in turn, has cut all basic social and public services to the Peoples’ Republics’, including electricity, fuel, civil service salaries, pensions, medical supplies, salaries for teachers and medical workers, municipal workers wages; banking and transport have been blockaded.

The strategy is to further strangle the economy, destroy the infrastructure, force an even greater mass exodus of destitute refugees from the densely populated cities across the border into Russia and then to launch massive air, missile, artillery and ground assaults on urban centers as well as rebel bases.

The Kiev junta has launched an all-out military mobilization in the Western regions, accompanied by rabid anti-Russian, anti-Eastern Orthodox indoctrination campaigns designed to attract the most violent far right chauvinist thugs and to incorporate the Nazi-style military brigades into the frontline shock troops.

The cynical use of irregular fascist militias will ‘free’ NATO and Germany from any responsibility for the inevitable terror and atrocities in their campaign.  This system of ‘plausible deniability’ mirrors the tactics of the German Nazis whose hordes of fascist Ukrainians and Ustashi Croats were notorious in their epoch of ethnic cleansing.

G20-plus-NATO: Support of the Kiev Blitz

To isolate and weaken resistance in the Donbas and guarantee the victory of the impending Kiev blitz, the EU and the US are intensifying their economic, military and diplomatic pressure on Russia to abandon the nascent peoples’ democracy in the south-east region of Ukraine, their principle ally.

Each and every escalation of economic sanctions against Russia is designed to weaken the capacity of the Donbas resistance fighters to defend their homes, towns and cities.  Each and every Russian shipment of essential medical supplies and food to the besieged population evokes a new and more hysterical outburst – because it counters Kiev-NATO strategy of starving the partisans and their mass base into submission or provoking their flight to safety across the Russian border.

After suffering a series of defeats, the Kiev regime and its NATO strategists decided to sign a ‘peace protocol’, the so-called Minsk agreement, to halt the advance of the Donbas resistance into the southern regions and to protect its Kiev’s soldiers and militias holed-up in isolated pockets in the East.  The Minsk agreement was designed to allow the Kiev junta to build up its military, re-organize its command and incorporate the disparate Nazi militias into its overall military forces in preparation for a ‘final offensive’.  Kiev’s military build-up on the inside and NATO’s escalation of sanctions against Russia on the outside would be two sides of the same strategy:  the success of a frontal attack on the democratic resistance of the Donbas basin depends on minimizing Russian military support through international sanctions.

NATO’s virulent hostility to Russian President Putin was on full display at the G20 meeting in Australia: NATO-linked presidents and prime ministers, especially Merkel, Obama, Cameron, Abbott, and Harper’s political threats and overt personal insults paralleled Kiev’s growing starvation blockade of the besieged rebels and population centers in the south-east.  Both the G20’s economic threats against Russia and the diplomatic isolation of Putin and Kiev’s economic blockade are preludes to NATO’s Final Solution – the physical annihilation of all vestiges of Donbas resistance, popular democracy and cultural-economic ties with Russia.

Kiev depends on its NATO mentors to impose a new round of severe sanctions against Russia, especially if its planned invasion encounters a well armed and robust mass resistance bolstered by Russian support.  NATO is counting on Kiev’s restored and newly supplied military capacity to effectively destroy the southeast centers of resistance. 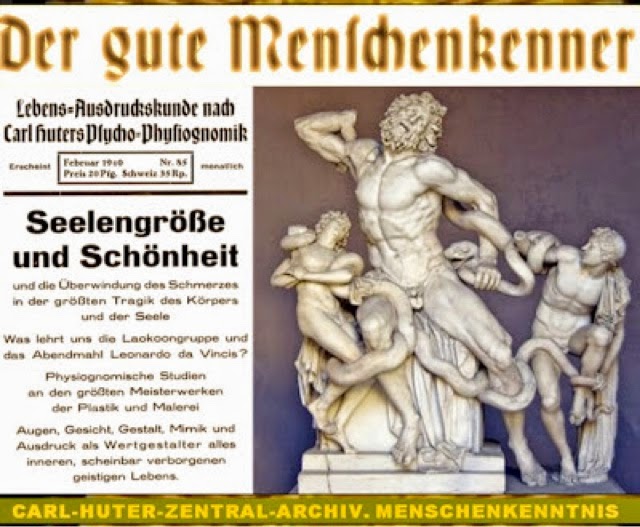 NATO has decided on an ‘all-or-nothing campaign’:

to seize all of Ukraine or, failing that, destroy the restive southeast, obliterate its population and productive capacity and engage in an all-out economic (and possibly shooting) war with Russia.  Chancellor Angela Merkel is on board with this plan despite the complaints of German industrialists over their huge loss of export sales to Russia.  President Hollande of France has signed on dismissing the complaints of trade unionists over the loss of thousands French jobs in the shipyards.  Prime Minister David Cameron is eager for an economic war against Moscow, suggesting the bankers of the City of London find new channels to launder the illicit earnings of Russian oligarchs.

Russian diplomats are desperate to find a compromise, which allows Ukraine’s ethnic Ukraine- Russian population in the southeast to retain some autonomy under a federation plan and regain influence within the ‘new’ post-putsch Ukraine.  Russian military strategists have provided logistical and military aid to the resistance in order to avoid a repeat of the Odessa massacre of ethnic Russians by Ukrainian fascists on a massive scale. Above all, Russia cannot afford to have NATO-Nazi-Kiev military bases along its southern ‘underbelly’, imposing a blockade of the Crimea and forcing a mass exodus of ethnic Russians from the Donbas.  Under Putin, the Russian government has tried to propose compromises allowing Western economic supremacy over Ukraine but without NATO military expansion and absorption by Kiev.

The democratically elected ‘compromise regime’ in Kiev was overthrown in February 2014 in a violent putsch, which installed a pro-NATO junta.

Kiev violated the Minsk agreement with impunity and encouragement from the NATO powers and Germany.

The recent G20 meeting in Australia featured a rabble-rousing chorus against President Putin.  The crucial four-hour private meeting between Putin and Merkel turned into a fiasco when Germany parroted the NATO chorus.

Most important, President Putin has announced that Russia cannot stand by and allow the massacre of a whole people in the Donbas region.

Is Poroshenko’s forthcoming blitz against the people of southeast Ukraine designed to provoke a Russian response – to the humanitarian crisis?  Will Russia confront the NATO-directed Kiev offensive and risk a total break with the West?

James Petras latest book is THE POLITICS OF IMPERIALISM:THE US, ISRAEL AND THE MIDDLE EAST (CLARITY PRESS:ATLANTA) 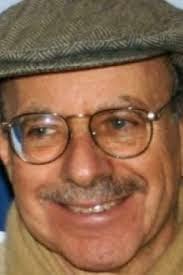